In North Augusta, South Carolina, thousands of tons of railroad cars and steel components are shipped to and from a major rail maintenance facility every week, wreaking havoc on the hardstand concrete slabs that cover the yard. The punishment from rolling loads, impact loads and abrasive wear is so extreme that the facility has maintained a quarterly rip-and-replace program to deal with the persistent failure of their slabs for more than 20 years.

In an effort to extend the service life of the concrete and reduce replacement projects, an alternative design was proposed which increased the overall thickness of the slab, sub-base preparation and corresponding excavation, and required steel reinforcement; of most significance, this increased cost.

Enter Mr. Brett Cooper, owner and VP of Construction Perfected, Inc. (CPI). He heard about the impressive results EdenCreteTM had achieved with Augusta Ready Mix at the GDOT trial (see Stories of Strength – Georgia Highways). He reached out to Augusta Ready Mix for a consultation about the project. After careful study, the team ascertained that CPI could achieve the durability, quality and longevity the railcar facility desired by using the EdenCrete™ carbon concrete
additive—without much else.

Using the same formulation as the GDOT trial (minus the accelerator), CPI poured a 10 cubic yard slab enriched with EdenCrete™, and a second “control” slab without EdenCrete™. Six months later, the EdenCrete™ slab looked great and had not cracked. However, the “control” slab showed major cracking. 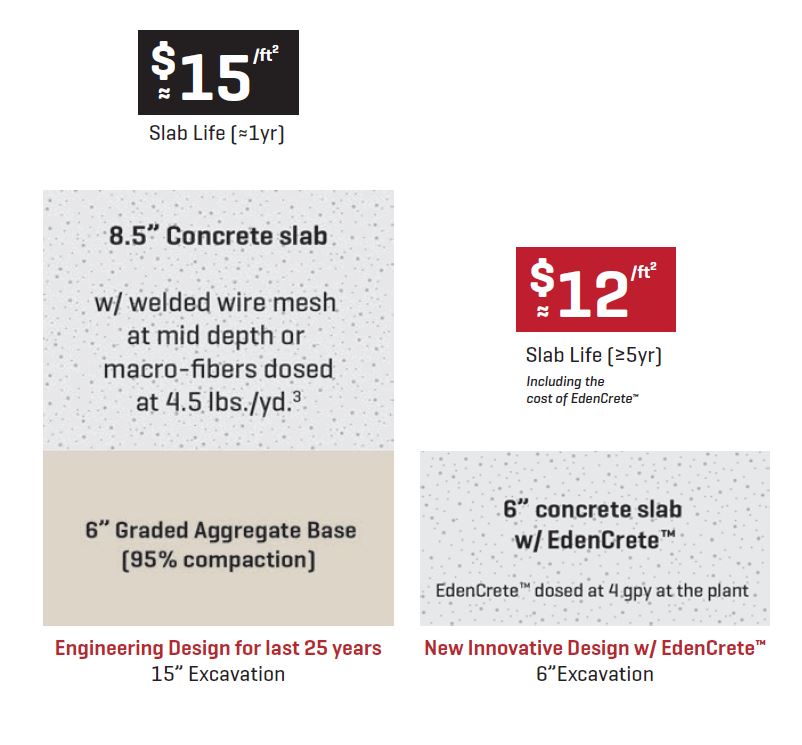 Areas of significant improvement for this application

EdenCrete™ enhances concrete in all seven areas, but was specifically selected for abrasion, flexural, permeability, tensile, and compressive strength for this project. 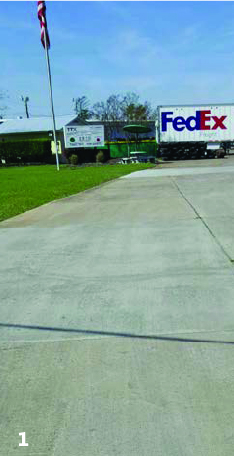 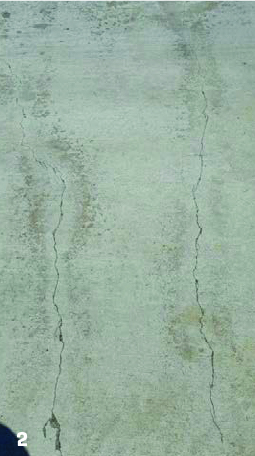 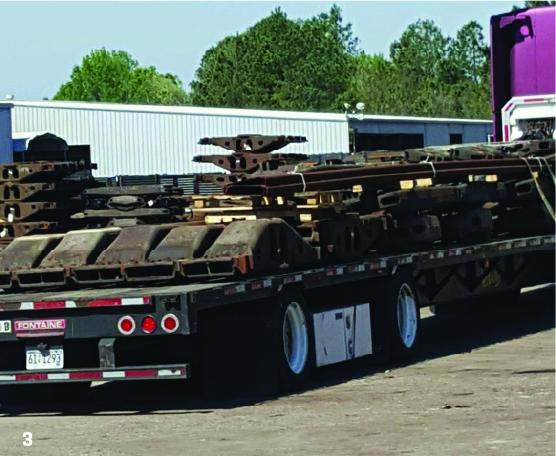 EdenCrete™ test slab (1) shows no signs of cracking or wear, while the control slab (2) without EdenCrete™ is showing cracking already. 3. Example of heavy Railcar axles and other parts that are constantly impacting the concrete slabs.

“We couldn’t be more pleased with this. It’s not every day you get to reduce the cost of a project for a client almost 50% and still deliver to them the quality and reassurance they’re asking for in the service-life of the concrete. EdenCrete™ is a great concrete additive and we are excited to have discovered its existence. This technology could be a game changer for the concrete industry,” said Brett Cooper, (Owner and V.P. of CPI).